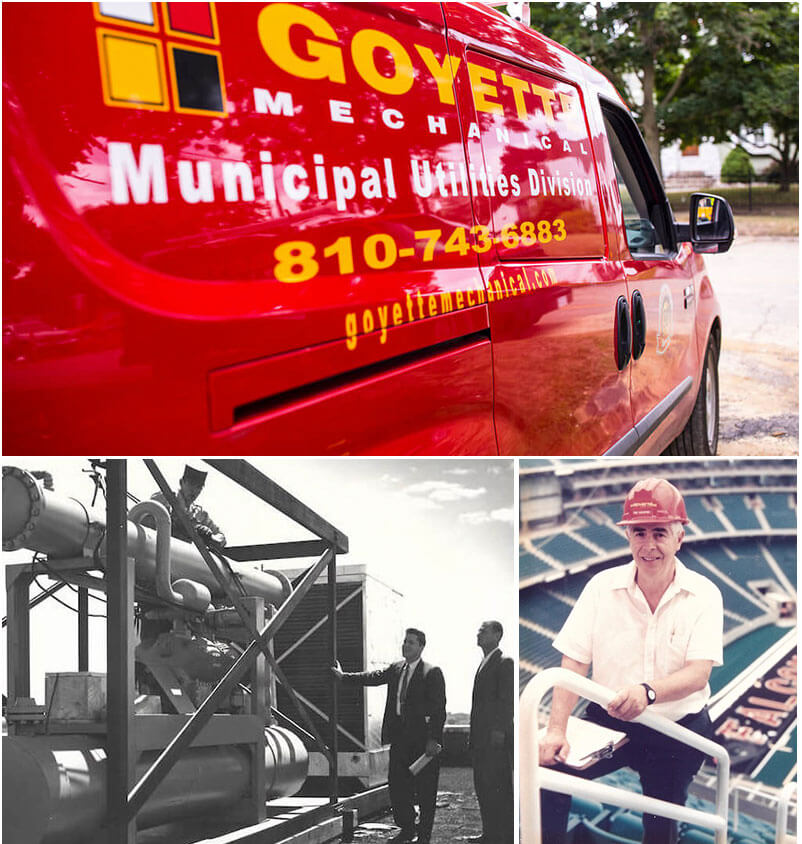 In 1993, Thomas became ill and passed away. His oldest son Dominic Goyette was named President/CEO. For the past 25 years, Goyette Mechanical has continued to grow and prosper. There are offices in Flint, Ann Arbor, Pontiac and Oscoda. As of 2023, the company has approximately 500 employees and annual revenue of $150 million. The company has several major projects outside of Michigan. Goyette also has one of the largest Plumbing and HVAC Service companies in Michigan with several thousand maintenance agreements in place.

2023 marks Goyette Mechanical’s 95th year. The company is looking forward to reaching its 100th year with many fourth generation family members in leadership roles. The company is proud of its heritage and continues to focus on customer satisfaction through high quality work, fair pricing and extraordinary employees.